Hugo Goal: What, another football slot?

Here we have a simple three-reel slot, with a rather meagre five pay lines. Play ‘N Go introduce Hugo, Afskylia, Don Croco and a Goat, who don their footy boots and head to the pitch just in time for the World Cup.

Start small bets-wise across all devices to get to know the game and enjoy the three bonus features, two of which give out free respins for the chance to land winning combinations, and some tidy wins.

The penalty shootout feature could bag you a 10x-your-stake multiplier should yer’ man save five in a row! Get lucky and you could be looking at 800x payouts… lovely.

With a 3×3 setup, this slot is simple but addictive. Those of you still pining over the World Cup will enjoy it just as much as those following the new season – not forgetting those who aren’t footy fans at all, for whom the big cash prizes will surely be a pull. 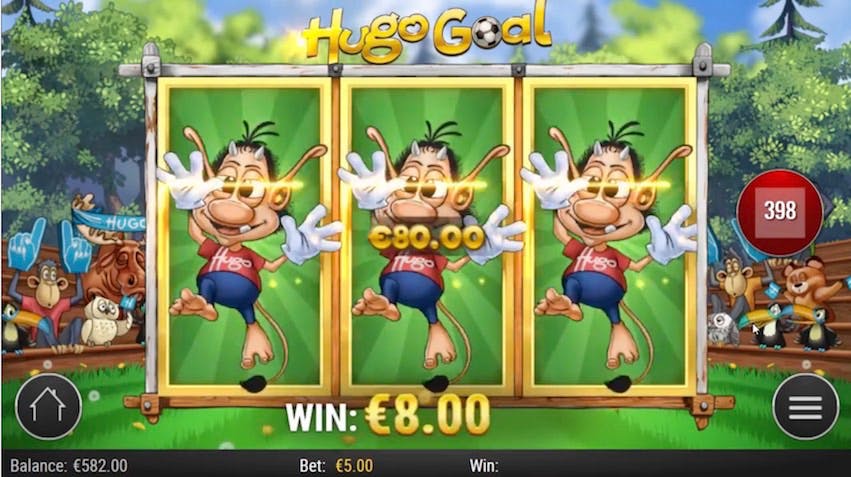 Looks like a winner
The symbolism is fairly cute, with flags, stopwatches, football boots, whistles and footballs on the reels. There are also symbols depicting the Goat, Don Croco and Afskylia, and can appear fully stacked. The main man Hugo is the wild symbol and – as is often the case – replaces all symbols; 3 of them across a payline will give you 80 coins to cash in.

Bonus wise there’s a nice Action Replay feature, this is triggered at random when the spins are non-winners, when two full stacks of character symbols appear across the reels. The remaining reel then respins until a winning combination is displayed for a payout. 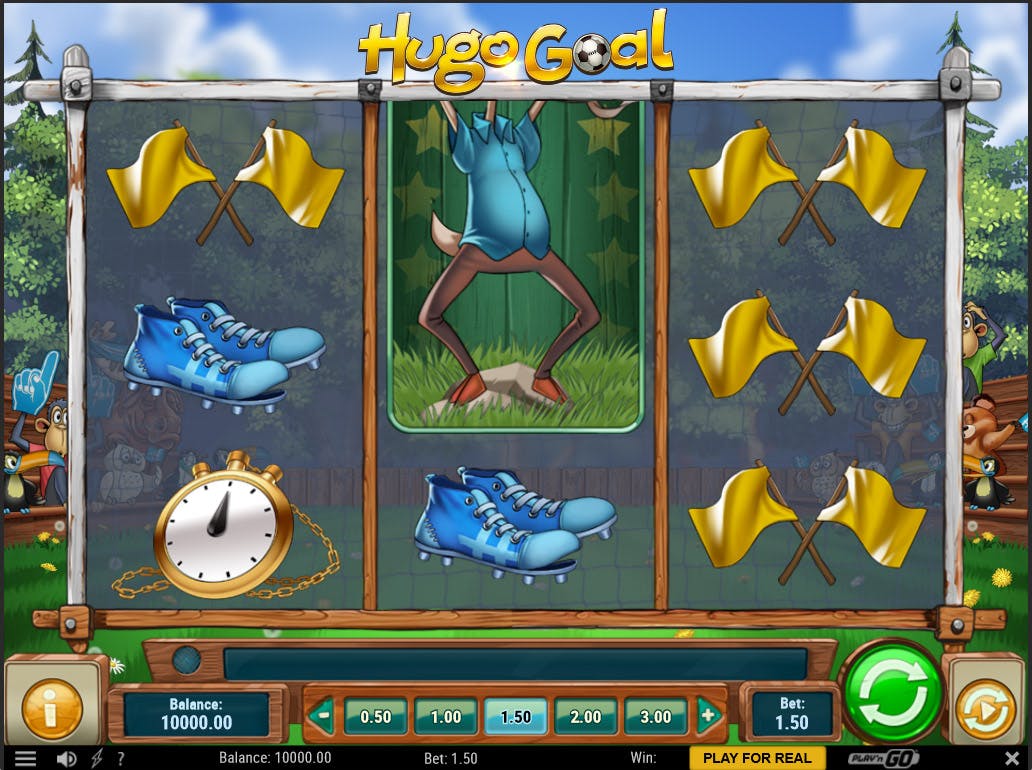 It’s a penalty!
For all the quirkiness of this slot, we just love the Penalty Shootout feature. It’s activated when all the symbol positions depict a matching symbol and Hugo becomes goalie! The aim is then to save as many penalties as possible out of five. A multiplier is activated that starts at 1x and increases with every save, with a maximum of 10x-your-win (from the previous screen with matching symbols).

Bitcasino overview
With each spin giving you a maximum win of 80x your stake, the addition of the possible 10x multiplier during the penalties feature can result in a win of 800x your original stake on each and every spin, and we like that! If you like football-themed slots give Hugo Goal ago, if it’s not your cup of tea we have plenty more where this came from.

More on this topic

How to get a loan from Zenka Loan App

Zenka finance has outpaced other lending firms in terms of product offering competitors that appeal to customers in a unique way. Users can borrow...
Read more
How To

How to reverse a wrong M-Pesa Transaction

Sending and receiving money via M-Pesa has eased the way we do business today, it has enabled transactions in our day to day activities...
Read more
How To

10 ways on how to make money online in Kenya

In this current age of digital technology making money has become easier more than ever before. Today you can make money online easily. All you...
Read more
Load more

Welcome to Robots News Portal about ICT, AI and Tech in general.
To get featured or if you have a guest post and would want to contribute on our website; email info{@}robots.co.ke